no ching, no bii, but i’m still having fun!

that you see, peeps, is my women’s mood scale. i always try to explain my mood or how i feel by showing him an emoticon to let him know if i was gonna explode or i’m laughing my ass off. it’s funny because it took my bii a while to actually understand the scale but when i showed maxine this scale without explaining, she instantly got it. i guess it’s a woman’s thing. i bet YOU GIRLS are able to understand me, yes no maybe? i’ll explain further only if most of you dont. 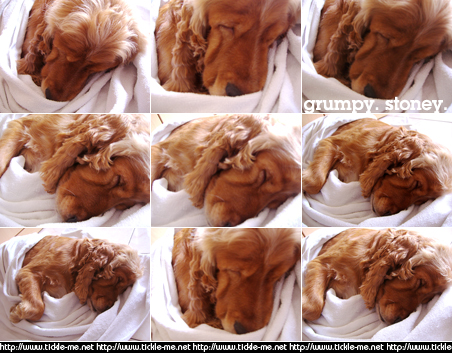 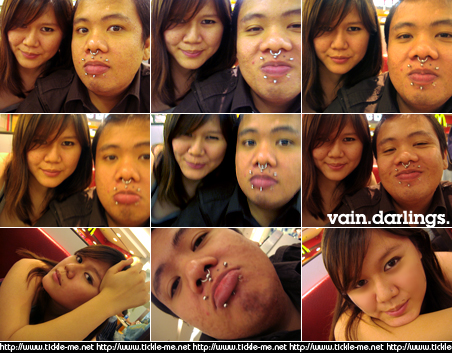 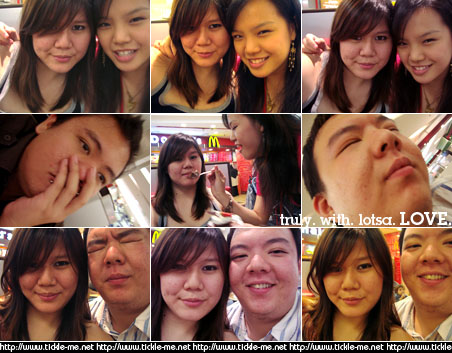 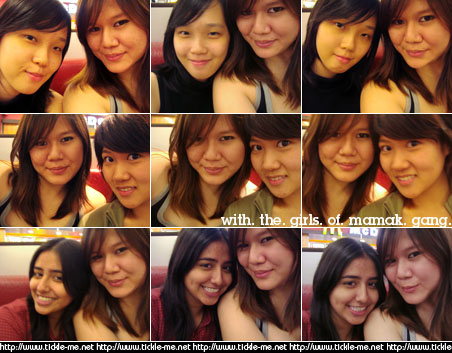 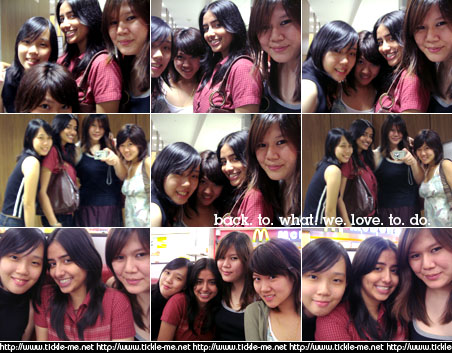 ish, so damn sedih ok. no ching in one in a million today. *sniffles* and yesterday, i was only a few minutes away from meeting her in person cos iskii bumped into his friend who is a crew with OIAM at slippery senoritas and iskii asked if ching was there but she left not too long ago. *blows nose* but then i memang dont plan to meet her in person la cos i dont want whatever FANTASIES (yes, fantasies, LOL) i have had of her to go down the drain. quite scared also ler if she dont meet my expectations but i’m sure she’s cuter in real life. let me quote paul moss okay. “where have you been all my life?!” he said, when he first met ching. teeheehee. i hope i got the quote rite but yea, ching, WHERE HAVE YOU BEEN ALL THIS WHILE?! *blinksblinks* 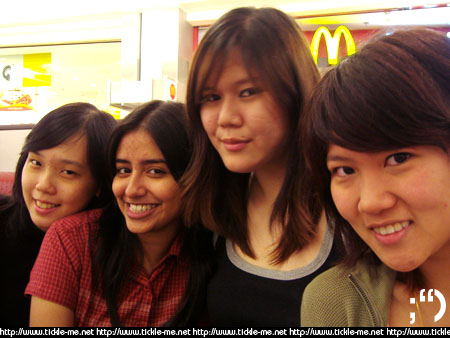 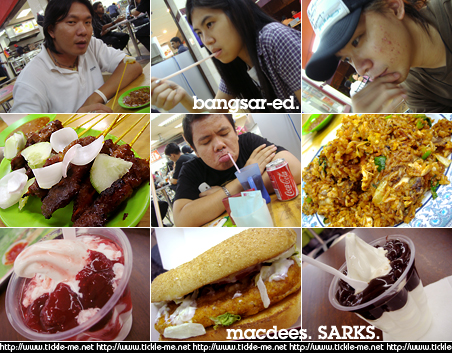 watched the fast and the furious: tokyo drift yesterday during the opening. we had free tix (hooray!) cos my bii car was on display in front of cineleisure for some digi event. the movie rawks la i tell you. beats most of the car/racing/drifting movie ive seen (not like ive seen many though). we then joined iskii’s friends at slippery senoritas for the england vs trinidad&tobago match and omfg, it’s no wonder ive stopped supporting england after the last world cup. i think they’re playing pretty horribly this world cup but i shall not say anymore because maxine gets angry when i say anything BAD about england. and ronnie and the many other man utd fans wont be happy if i start dissing that club again. AND, i dont know, BUT i think the reason why there are many england fans out there is because they are very familiar with english premier league. BUT AGAIN, i should stop saying anything cos it’s so hard to please anyone. everyone’s supporting some other team so sshhh, diam i shall. and it’s not like i know much about footie la. ive stopped following for a very long time. okay, pix later. chow.

happy 25th birthday, lynnzter
p/s: i think we’re gonna be on channel v but i’m not sure when it’ll be shown. hrmphs. and check these happening hairstyles. cute rite? i used to have hairstyle num two and my parents thought it matches stoney. jeez. and ooh, cooked dinner for an early father’s day celebration. okay, more emo movies to watch, ta!
p/ss: tomorrow’s shooting for fooxion has been cancelled. i’m free. who wants to go for coffee?