a whole lot of adventure with my sleeping partner. 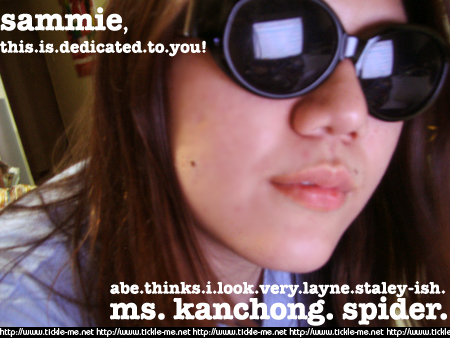 today was a pretty much eventful day, i would say. this entry’s gonna be very reporty so people like abe, bear with me, please. the day started out with me meeting up with my sleeping partner at hartamas to go for a yard sale in prima duta. omfgwhatdafackadilly wei. the journey there was pretty adventurous. we sure went through a lot of “ups and downs” together, alrite. lol.
the yard sale wasnt what we expected although there were plenty of pretty stuffs but only if you’re five times smaller than me, then it’s your place to go. thank goodness i didnt wear my super lowcut sundress man. i think tengku nora’s the host and she’s pretty friendly, i would say. sending a text to apologise since we both left empty handed. but it’s alrite because the rest of the day was interesting. i spontaneously thought we should go pai pai (pray), since it’s wesak day (buddha’s birthday). my parents left for malacca earlier today to attend a mother’s day dinner and i usually attend “prayers” with them. 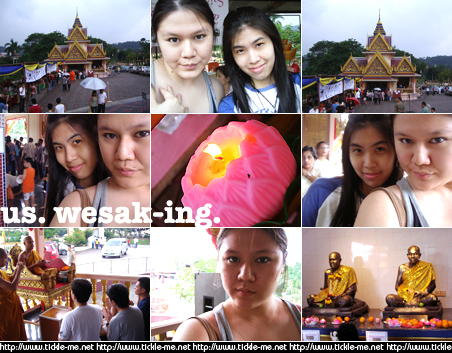 now, both of us rite, who have no idea how to pray and what nots, decided to go pray. i mean, it’ll be fun. after all, it’s to show that we still respect our religion and it’s pretty cool. and i want to collect my “wesak day” string. i dunno what is it suppose to serve as but i usually get one every wesak. so i thought, hey, i should go get one myself this year and so i dragged my sleeping partner along. before we reached jln gasing’s thai buddhist temple, my biiloved called and wished me good luck cos the crowd was pure madness. so we drove over to iskii’s parent’s place and he dropped us off at the temple. omg. the crowd’s really crazy and it started drizzling when we got there. i straight away ran to the place where you’re suppose to get blessings from the monks and then he’ll pass you the lil yellow strings (which is one of the reasons why im there rite). we kneeled down and hold both our palms together. earlier, my sleeping partner was asking me how to pray and i told her just hold both palms together and shake it. hahaha. but she came up with something smarter, she suggested, “eh, just look at how people pray la, then we follow”. pretty brilliant. smart girl. *pats*
and so we were sprinkled with holy water as the monk chanted. it was pretty bimbo-ish of me cos instead of concentrating, i was worrying about my mascara smearing. wtf. damn kau no respect man. my bad. and then it came to the part where he distributes the lil strings. i didnt know there was a SPECIAL way of holding out ur palms and he stared cock at me. so i quickly looked at the others and then realise you’re suppose to place your right palm on your left palm and then curl it a little. heh. i’m quite a fast learner, eh? and so, hooray, mission accomplished! i got my lil yellow strings!
we then went around the shrine snapping photos, competing with a very high-tech monk. he too was going around the place snapping pictures. damn canggih. and then i noticed a long queue and wondering what it was for. at the end of the queue, i see people kneeling down on cushion stools (?) and “bathing” the buddha statue. the ritual is called bathing buddha, me thinks. and so, SP and me queued and joined the crowd. when it was about to reach our turn, i realise there was a special procedure in “bathing” this buddha statue. you’re suppose to kneel, fill the ladle and pour it over the statue three times, chanting a new line of mantra each time. my SP chickened out last minute so i was the only one doing it.
before we managed to go ring the bells and go to the main temple, it started pouring heavier so we decided to call iskii (that poor boi was waiting for us and he ended up in states). poor SP, im sorry you didnt get to ring the bells. i’ll bring you again next year k? *pats* as we hopped into my bii’s truck, my bii suggested we go find the flyfm cruisers (whatever they call themselves ler). pengsan wei cos rite, before this, we bumped into the hitz.fm prado cruisers and i told my SP to stop cos i needed coke (they give out free cokes, u see). hahaha but we cabut in the end so yea, no coke for me. 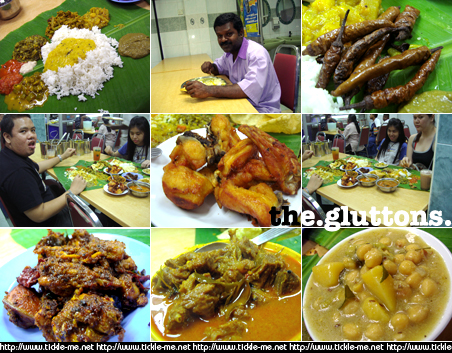 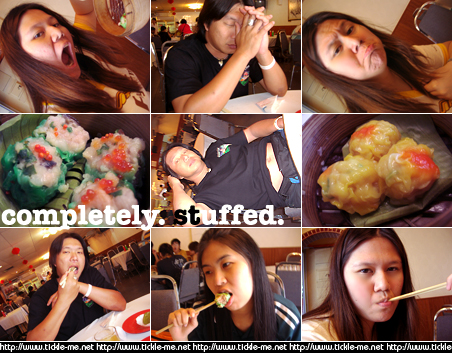 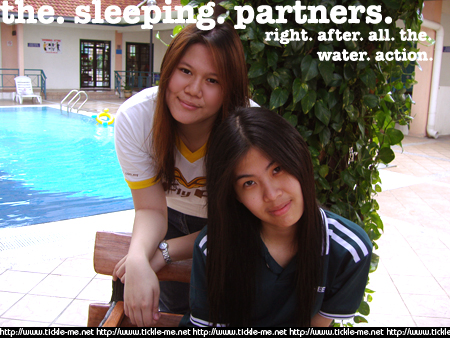 anyways, back to the flyfm cruisers rite, my bii is so damn smart. he damn layan all those peeps ler. and he got a cap at first. the cap’s damn nice and he placed it on my head. dammmmmmmmn cute but it was too big. and then next, he answered another question and got me a shirt. hahaha. and then rite, the both of us, damn tak layan the fellas and he disturbed us by asking us how come we’re not doing anything (cos everyone else were actually responding to their questions damn excitedly while we both stood in a corner and watch). so i raised my hand and said, “flyfm” (you’re suppose to do this whenever they ask you something to win yourself prizes) but the thing is, he didnt ask anything. he continued disturbing le by saying, “ehh… but you’re too late”. i twitched my mouth and he went, “alarr… ok ok, take this” and he handed me a keychain. quite lawa also la the keychain. so yeay, we’ve got three goodies already. and then suddenly this flyfm dude gave us flyfm car stickers (and he gave only us, the antisocials). hahaha. so yeay, i got four goodies from them but in the end, i gave my bii back the cap because, quite kesian rite, he answered all the tough questions and i keep the goodies. he looooves the cap. damn nice wei their stuffs. i want somooooreeeeeeeee. SP, jommmmmmmm, let’s go hunt for them, yea?
after that, we went for banana leaf rice at paandis and omfg, the fella there was damnn friendly ler. but that’s prolly because iskii grew up dining there. that dude somore dare admit he taught iskii how to smoke. *insert bitchy eyes* damn generous ler the portion but somehow, they still cant beat my fav bangsar banana leaf rice. i’ll write a short review at www.fooxion.com when im free. oh yea, do check that forum out. it’s a malaysian food forum. so if you love to eat, you should join. i should leave. this entry is damn boring, i know but i cant help it. i had lotsa fun exploring things and doing new stuffs. yes, i admit, i’m a jakun. i dont careeeee!
p/s: you know what? my SP and i are both two very weird people. we were suppose to meet up again for supper but it has been postponed to dim sum buffet on sunday morning, right after our jogging session. damn lawaks man. wanna join?