more to come later. sjmc, im going. but doc’s not free till next week. farkwhatdilly.
(/edited)
as we were sipping our smoothies, suffian and jing came to join us at pan cafe, state. and then he asked me if i was interested in watching jumping horses. i think i almost choked on a smoothie. “a what….?!” i asked. “jumping horses,” iskii replied on behalf of suffian. “hahahahahahaa… *chokes* haha… *snort* but… hahaha, i want!” i squealed. and the rest was history. you see, iskii wasnt interested in “jumping horses” and he wasnt alone. out of the many i asked, only sandy was interested but she was transportless so she cant make it.
anyway, yea, suffian had ten tickets worth rm120 each to give away and i was promoting it as “humping horses”, since j is just beside h on your keyboard and told them it could be a typo but nooo, nobody’s interested still. blehs. so yea, long story short, the only ones to attend were suffian, jing, jing’s mom and sis and i, of course. and i must say, world cup jumping final 2006 rocks! 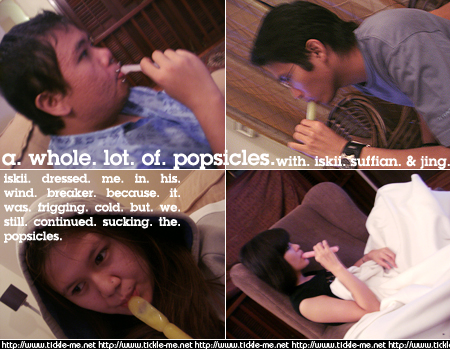 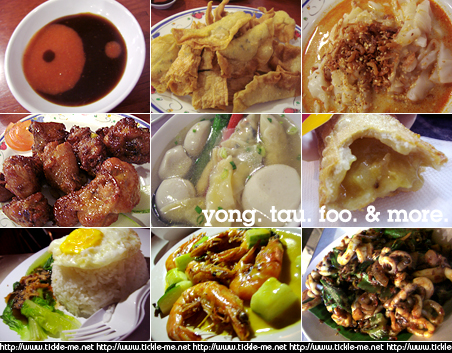 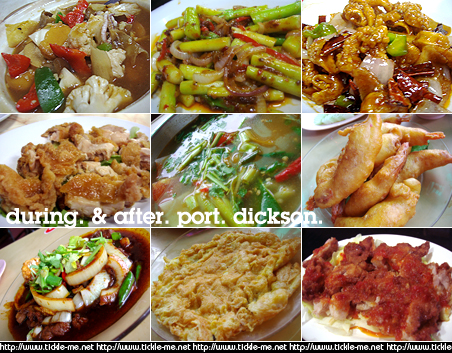 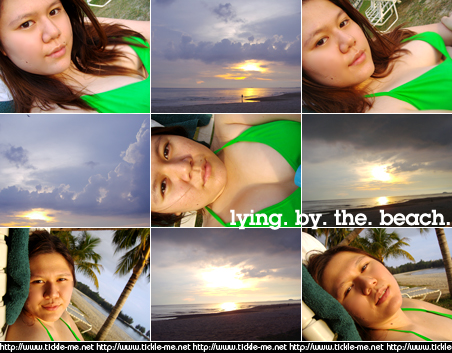 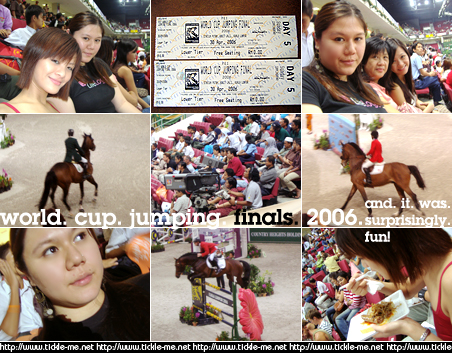 also, yesterday we saw quite a drama at pans. saw a police officer and a couple of mppj security guards trying to fight against one dude. heh, but it was probably nothing because the police and all came because one drunkard came to our tables and told us to call the police when we dunno head or tail. in the end, some dude actually called. and yea, you bet it was quite a drama to watch. and in the end, it was the drunkard who was arguing with the policeman. i still dunno what was happening and i didnt dare take my cam out to snap anything. heh. and urgh, had to stay back in kl because my shooting in ipoh was cancelled.
also, amandarlinks wont be coming back to m’sia to visit me this june because she’ll be moving in with her new boyfriend. babes, make sure you come back in jan then. for your bday! heh. she even offered to pay half my ticket price to get to california just so i can see her. damn schweet.