(/edited) @ 4:47am, 7th april 2006
my condolences to those who were badly affected during the flash floods esp those in kuchai lama cos i was there to witness it myself. it was a heart breaking sight, to see people trying so hard to salvage their stuffs, being stranded and cry. i even saw people on roofs and mini speed boats with alarms (eh, that’s what it’s called rite) going around to rescue people. i, for once, knew how lucky i was to never have to experience this and i hope i wont ever have to. it just made me appreciate things better. once again, my deepest condolence. 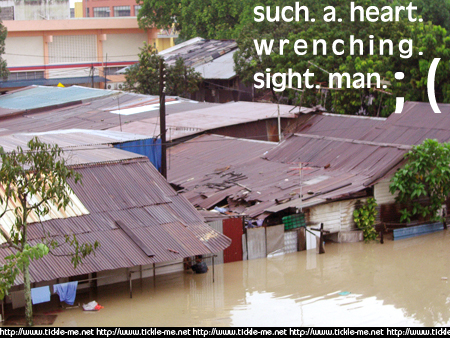 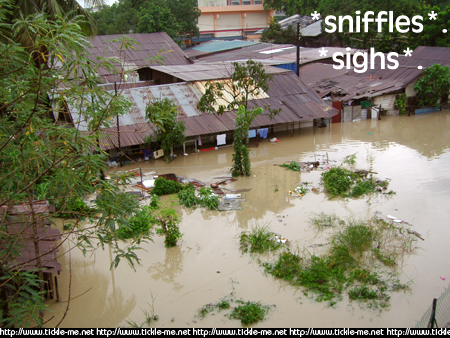 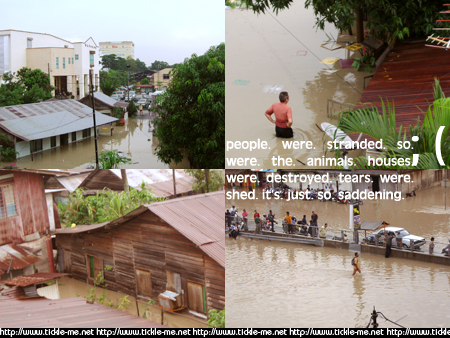 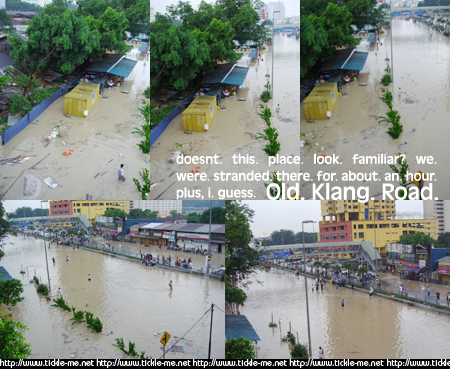 p/s: sorry to you-know-who(s) for not being able to make it for the surprise party tomorrow. i really want to and i know you guys offered to pay la but yea, money issues, really. have fun, yea? *double pouts*
(/edited)
four down (but am yet to type), one more to go.
assignment blahs.
update later. *bites*
xoxo,
miss grouchy vainpot.
p/s: anyone who subscribes to new straits times, kindly leave a comment. i need a favor from you. likki lahlingness, thank you for buying nst just for me but i only want saturdays. *bites your bum*